A POSTER BY BENJAMIN MUZZIN

This year, the GIFF poster is a movement. Thought of as a freeze frame, it suggests a before and after, a crossing in the shot which, stopped short by the still image, reveals the effervescence of a frozen moment. Emerging from an infinite black depth at first, petals, a mutant form, an organic and liquid matter, virtual but very real. Then, by zooming in the image, we discover a weft, that of a digital canvas, a fictitious skeleton which has allowed this flower to exist. You will have understood, the poster of the 27th GIFF invites to experience the imagination and the new technologies that cross it.

Signed by artist Benjamin Muzzin, the poster suggests movement, intertwining and passage to echo a plural era, crossed by doubts but also infinite possibilities, where digital and reality cross, embrace, to allow us a new look, a new imaginary. 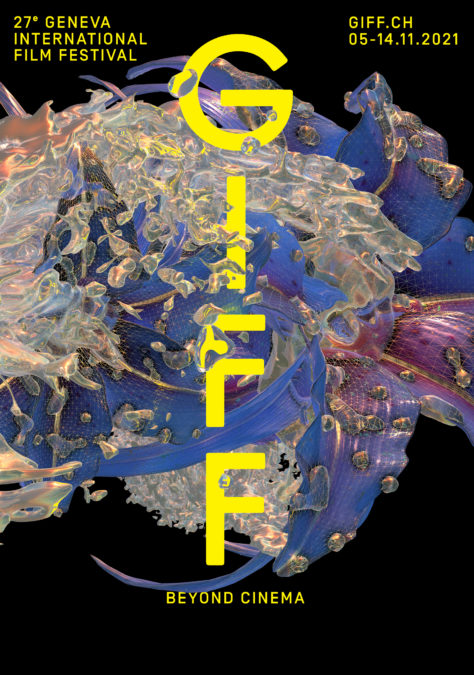 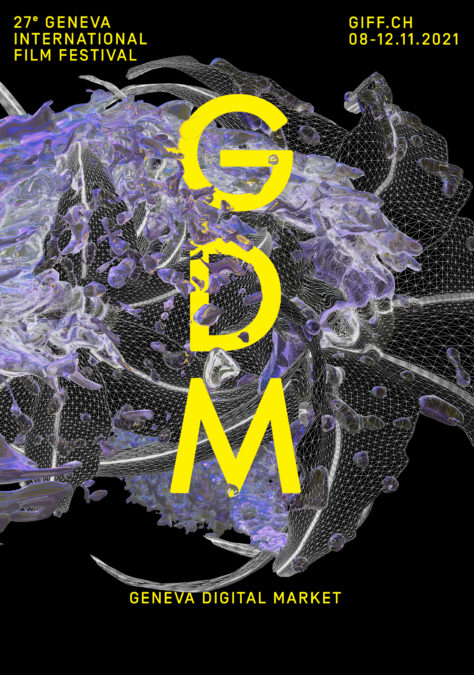 Nestled in the heart of the GIFF, the Geneva Digital Market (GDM) is the only event in Switzerland focused on audiovisual innovation. As a platform for broadcasting and co-production for the creative industries, it has been bringing together international professionals active in the fields of technology, art and economics every year since 2013. A place for reflection, exchange and networking, it organizes round tables, pitching sessions and networking events during which producers, digital creators and key market players shape the audiovisual universe of today and tomorrow.

The winners of the 27th edition’s competitions were revealed at the closing ceremony on Saturday, November 13. A trio of women won the three Reflets d’Or prizes of CHF 10,000 each (donated by the State and the City of Geneva): the Lebanese director Mounia Akl for her militant Costa Brava, Lebanon, the Danish creator Mette Heeno for her feminist and cerebral series Snow Angels, and the Korean producer Gina Kim for her immersive work Tearless, which plunges the audience into a detention camp for sex workers. The European Script Award went to the Norwegian production Pørni by Henriette Steenstrup (EUR 10,000, donated by the European Alliance for Television and Culture) and the Future Is Sensible Award was given, as part of the Geneva Digital Market during the Nuit Numérique, to Biolum by French director Abel Kohen (CHF 10,000, donated by the State of Geneva). A prize list that embraces the radicalism of contemporary audiovisual, at the height of a new chapter for the GIFF.

And a special mention for Liminal Lands, created by Jakob Kudsk Steensen (Denmark). Awarded by the International Jury of Immersive Works, composed of Luc Meier, Zoé Sfez and Jonathan Vinel.

offered by the European Alliance for Television and Culture (10 000 €)

Awarded by the Future Is Sensible Jury, composed of Sarita Christensen, Frederik Peeters and Simon Spiegel.